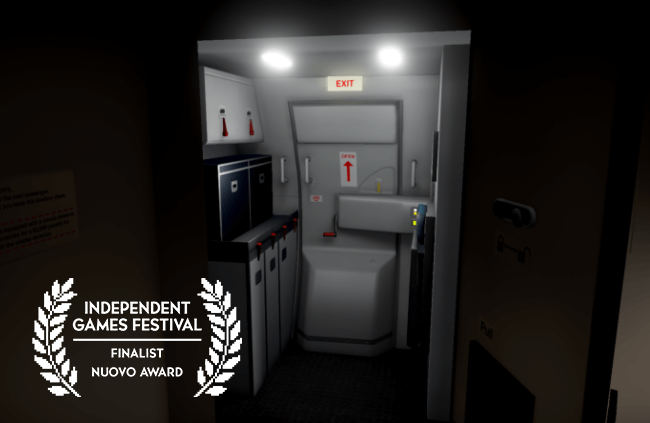 Exciting news from the videogame awards circuit today as AMC Games’ and IFC’s Airplane Mode was nominated for the Nuovo Award at the Independent Games Festival – the premier international awards show for indie games.

An offbeat comedy simulation game about commercial flight, Critical Hit called it “boring, hopeless, and a dangerous invitation into the depths of your own unhinged psyche brought on by a high altitude prison that you paid to be incarcerated in.”

Airplane Mode is among 8 juried finalists on the IGF nomination list for the Nuovo Award for innovation in game design, chosen from over 500 submissions by a team of 300 judges. Winners will be announced in July.

Congratulations to everyone at AMC and IFC who helped make our first published videogame possible. Stay tuned for AMC Games’ next release in partnership with SundanceTV later this summer, The Magnificent Trufflepigs – a romantic, first-person narrative game set in an idyllic English countryside starring Doctor Who’s Arthur Darvill.